One topic of debate during this election season is the relationship between school overcrowding and new development. There is no dispute that a majority of MoCo’s public schools are over capacity and the county is struggling to keep up with the system’s capital needs. The county’s population is growing and the council continuously approves new master plans that allow for a rising number of housing units to be built. So are these factors working together to crowd schools?

First, let’s look at long-term trends in MCPS enrollment. School enrollment has not grown in a straight line, but has had cycles. It fell in the early 1980s, rose through the early 2000s, was stable through 2009 and has been growing steadily since. 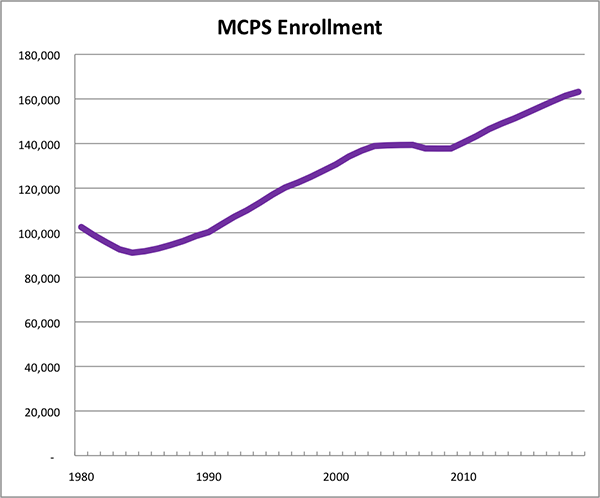 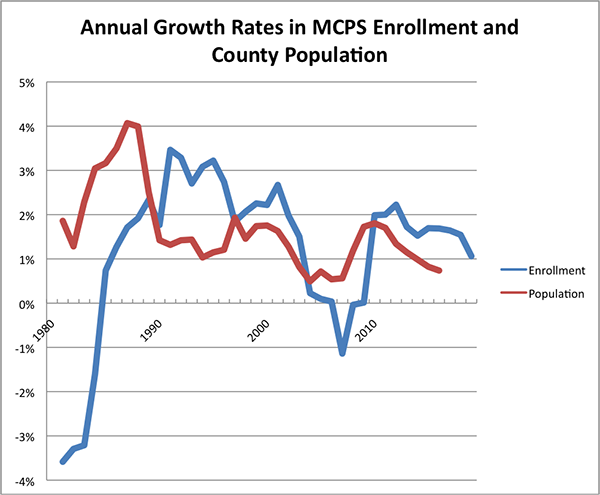 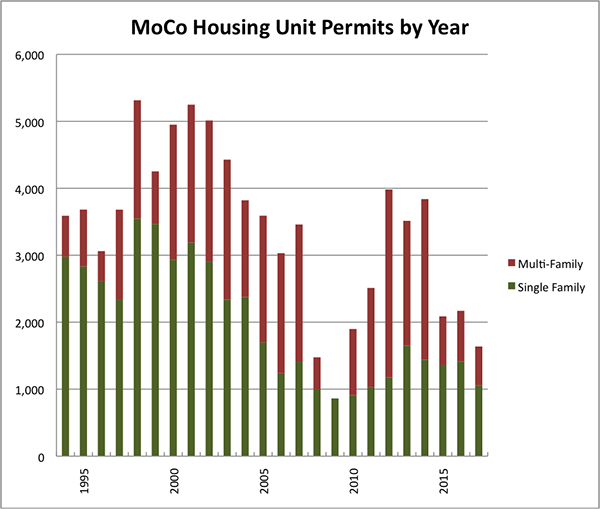 One more factor is worth mentioning: the nature of housing construction in Montgomery County has changed over the years. From 1994 through 2009, 37% of housing units permitted in the county were in multi-family structures. Since then, 54% of units permitted have been multi-family, and 95% of them were in structures of five units or more. That is relevant for school enrollment since the county Planning Department has calculated that high-rise units generate, on average, about a third of the students that single family units do. In other words, the kinds of units that are now being built in the county are associated with lower rates of school enrollment growth.

While school enrollment has risen in recent years, population growth has been low and housing construction has declined. New development has not caused school overcrowding. Demographic change and neighborhood turnover are much more likely factors in explaining enrollment growth. Moreover, attempts to stop development through moratoriums and measures like rent control are likely to backfire by depriving the county government of the revenue growth it needs to pay for more school construction. Shutting down development won’t alleviate school overcrowding, but it will lead to higher housing costs, economic stagnation and, eventually, more tax hikes.