MoCo is Raising Taxes But Revenue Growth Has Declined 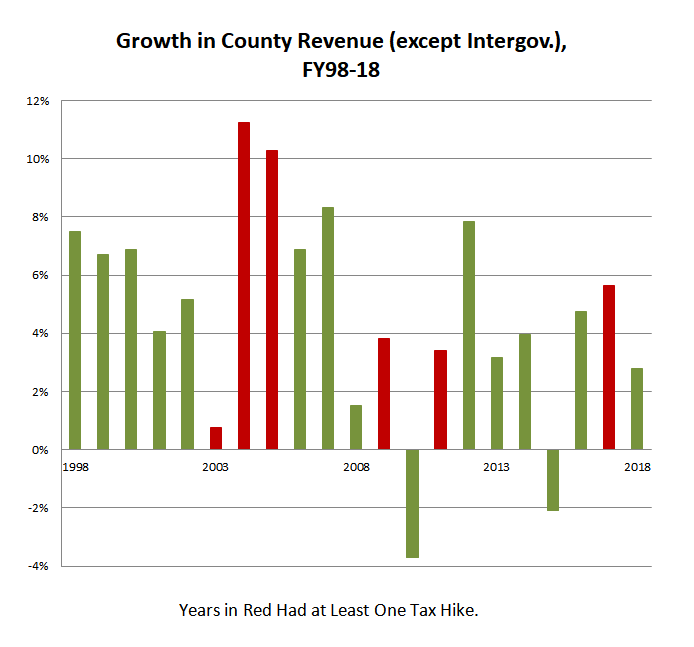 Raising taxes is supposed to be a last resort. In Montgomery County, it has often been a first and only resort. In the context of a stagnant jobs market and declining real per capital personal income, tax hikes are not generating enough money to finance strong budget growth. This is unsustainable over the long term.